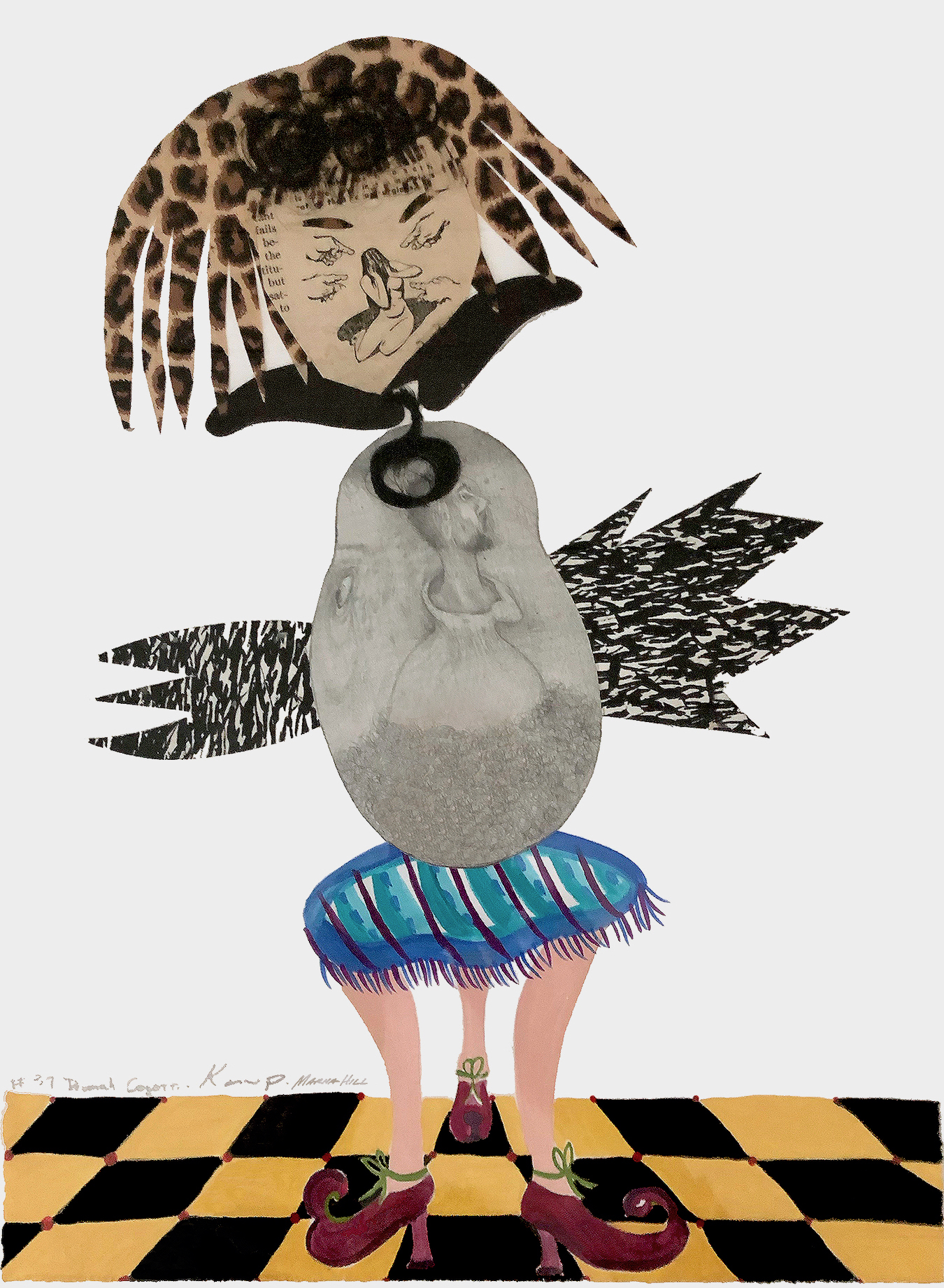 In the spring of 2010, Sherry Parker and Dina Kuntz invited an informal group of artist friends in Sonoma County to participate in the creation of a new version of the 1920's Surrealist game EXQUISITE CORPSE which they named Project EXCOR. Each artist adds to a figure without knowing what the other artists are doing. The game, which was extended to fellow artists, became infectious, and soon the pool grew to thirty-four artists including me. The EXCORS were unveiled over the course of the year in spirited ceremonies at the artists‚Äô studios. A total of fifty EXCORS were created.