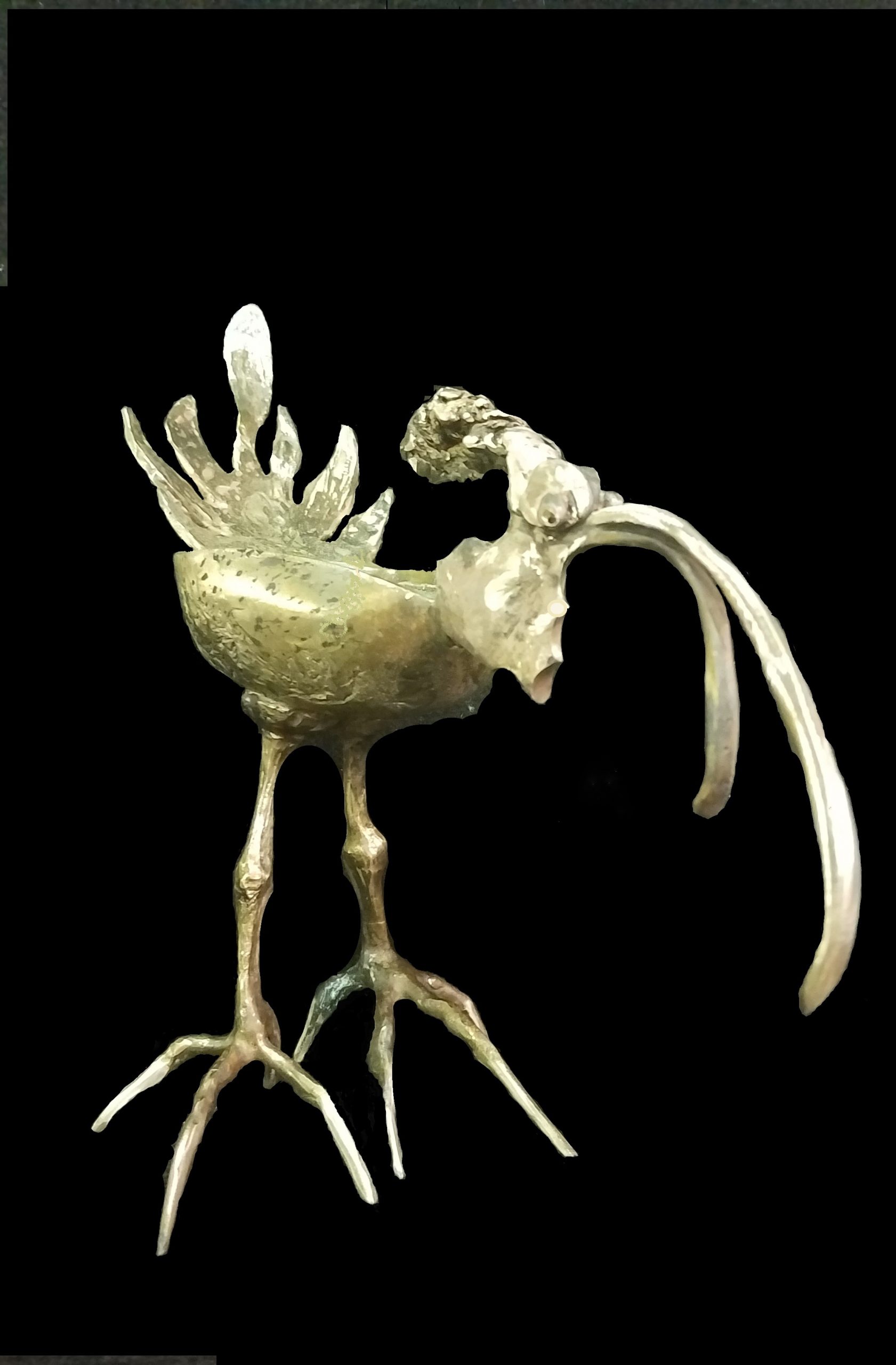 
I was born in New York City at the close of W.W. II . My ancestry was of both Sicilian Catholic and Russian Jewish decent . My father was an inventor of scale model toys and trains as well as a hobby store owner in Manhattan . As a child , I was fascinated by the images and objects I grew up with . This early influence of model making and the use of my hands to build sparked the desire to create . Drawing and sculpture seemed like the obvious progression and I completed my education at California Institute of the Arts , California State University , Longbeach and California State University, Fresno ending with a Masters Degree in Sculpture . My current studio is in Santa Rosa , California. My work embodies whimsy, fantasy, and surreal symbols . I feel equally satisfied by working in a range of materials : bronze , wood or ceramics . I chooses to create functional and non-functional sculpture with some works embracing a certain seriousness, and others containing humor. As a Vietnam Veteran , I was strongly effected by war and it’s disturbing effect on humanity and the consequences to the planet. After the war I embarked on a series of sculptures relating to this topic. On the humorous side I have produced a well-received series entitled “ The Petaluma Peckers” . I am represented by a number of galleries both in California , Oregon Artist Statement: It is my intent within a mixed media format to sculpturally take “a tongue in cheek” , jaundice eye investigation of mine and your life . To take an object’s visual definition out of context and to juxtapose items against each other . With some skill and luck I can take you into my vision .