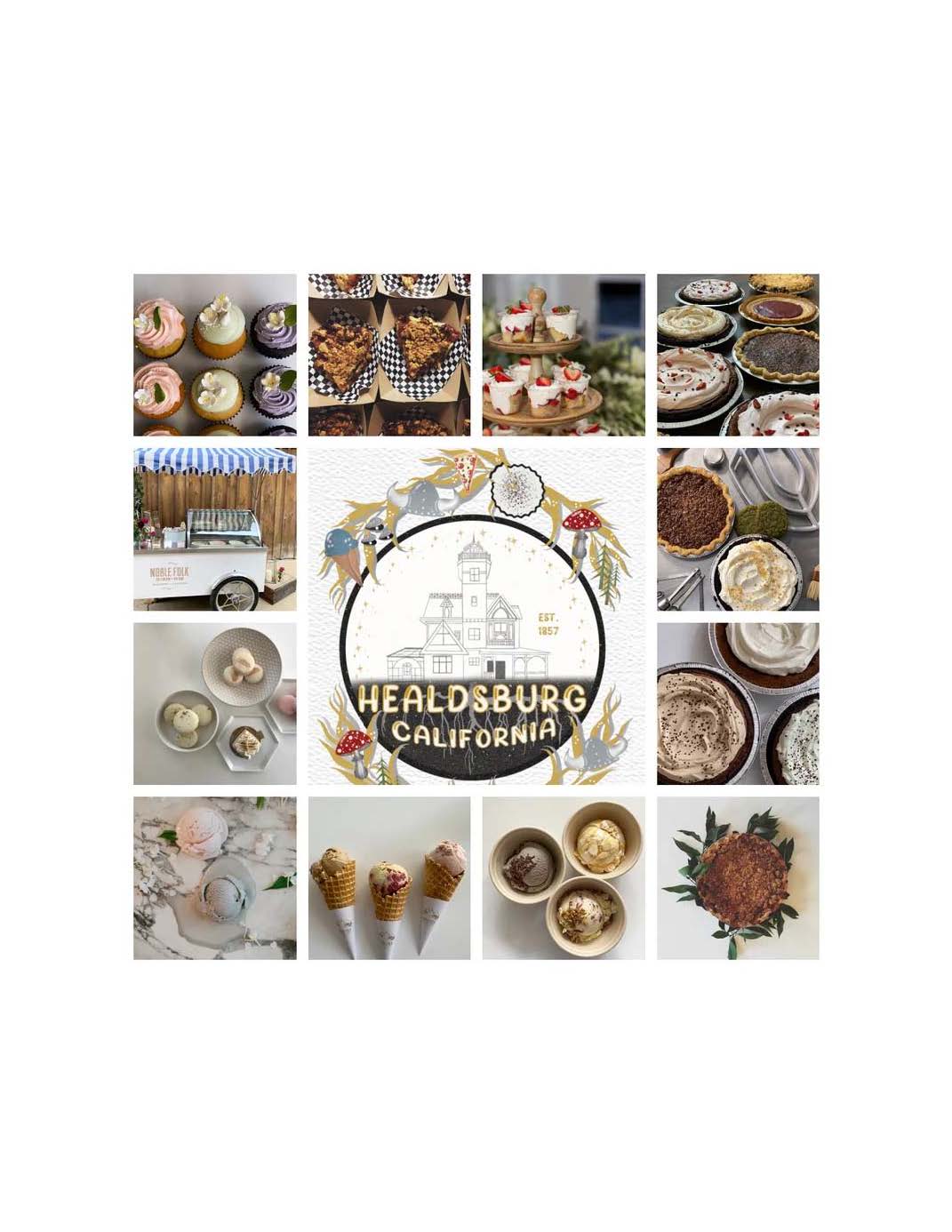 
Entrepreneurs Ozzy Jimenez and Christian Sullberg opened Noble Folk Ice Cream and Pie Bar in Healdsburg in 2014. At the time, the confectionary duo had already made a mark with their first business, Moustache Baked Goods, a patisserie off the Healdsburg Plaza specializing in pretty cupcakes in a variety of flavors (the patisserie closed due to the pandemic and continues now as a catering business). In 2018, they opened a second location for Noble Folk in downtown Santa Rosa.

The Noble Folk storefronts proudly fly the rainbow flag and the transgender pride flag and display Black Lives Matter posters to signal that these businesses celebrate diversity and inclusion. But Jimenez’ and Sullbergs’ dedication to their community extends beyond the walls of their establishments. During the Kincade Fire in 2019, the couple helped feed hundreds of displaced farmworkers. Last year, Jimenez was appointed vice mayor of Healdsburg, making him the second openly gay member and the first person of color in three decades on the City Council.