In November 2020, the California Department of Public Health released a vulnerability assessment report for fatal overdose, HIV and HCV infections in each of the California counties. The purpose of the vulnerability assessment project is to 1) identify California counties at risk for a rapid increase of fatal opioid overdose or HIV or HCV infections associated with injection drug use; 2) develop tools and resources for local health officials to prevent and respond to these overlapping epidemics; and 3) share findings to inform local public health action.

In California rates of newly reported chronic hepatitis C infections and heroin-related emergency department visits among young adults (25 to 29 years of age) are increasing together, at a similar rate: rates of newly reported cases of chronic hepatitis C increased 159 percent and heroin-related emergency department visits increased 139 percent, respectively, between 2012 and 2016, likely due to increases in injection drug use. Nationally and in California there is no evidence of an increase in newly acquired HIV among people who inject drugs (PWID), but transmission through unsterile injection drug use is possible and clusters of injection-mediated HIV infection have been documented in Boston, Massachusetts; Northern Kentucky and the Greater Cincinnati Region of Ohio; Multnomah County, Oregon; Seattle, Washington; and West Virginia. In California, in 2017, eight percent of new diagnosis of HIV were among PWID.

In 2015, Scott County, Indiana, a town with less than 25,000 population that had five HIV infections diagnosed in the past 10 years, experienced an unprecedented HIV outbreak, with 181 new HIV infections attributed to the outbreak in three months.4,5 Public health investigators found the rapid increase in HIV infections was largely tied to sharing of syringes and drug injection equipment in a setting with no access to sterile syringes.

Following the Scott County HIV outbreak, CDC conducted a national analysis assessing the county-level vulnerability to a rapid increase in HCV or HIV infections related to injection drug use. Two counties in California (Lake County and Plumas County) were identified as having high vulnerability, which was defined as being in the top five percent among all counties nationwide.

Fortunately, a number of evidence-based prevention strategies can mitigate individual and community-level risk for fatal opioid overdose HIV, and/or HCV.

1)        Medication assisted treatments (MAT) for opioid use disorder (such as buprenorphine) can reduce fatal overdose risk; prevent HIV by reducing injecting; and have been shown to reduce hepatitis C rates among young PWID by as much as 50 percent.

2)        Naloxone, a medication used to reverse an opioid overdose, can be safely administered by lay persons, and is available from multiple different sources for distribution to PWID, who are both at highest risk for a fatal opioid overdose and likely to witness and respond to an overdose among peers.

3)        Syringe services programs (SSPs) effectively reduce HIV and HCV transmission among PWID; SSPs are most effective at preventing HCV transmission when offered at scale and in combination with other harm reduction services, such as MAT.23 SSPs are ideal locations for distributing naloxone to PWID, and for serving as a health hub for other health services, including MAT, wound care, hepatitis A and hepatitis B vaccination, and HCV and HIV testing and treatment.

4)        HIV testing, linkage to care, and treatment can keep people with HIV healthy for many years and viral suppression helps reduce their risk of transmitting HIV to others, although the effect of HIV viral load suppression on preventing transmission via sharing syringes is not well understood. HIV pre-exposure prophylaxis (PrEP) reduces the risk of getting HIV by at least 74 percent when taken daily.

5)        HCV testing, linkages to care, treatment, and cure among PWID, in combination with expanded access to SSPs and MAT, has the potential to dramatically reduce community- level hepatitis C prevalence.

What does this mean for Sonoma County?

What is F2F doing to respond to this?

F2F is currently providing all of the services outlined by the CDPH to mitigate risk in our community. Our syringe service program, which includes overdose prevention and naloxone distribution, is the largest in Sonoma County and serves over 3,000 individual PWID annually. Our program also serves people from neighboring counties, including Lake, Mendocino, Napa and Solano counties. In 2020, we distributed 398,000 syringes with a 79% return rate, more than 1,800 naloxone kits, linked 47 people to medicated assisted treatment, and over 979 HIV tests (including 45 in-home tests during COVID-19).

Our Strategic Plan outlines what more we need to do to address these issues. We know we need to scale up our SSP and Naloxone distribution, particularly since COVID-19 and anecdotal increases we’ve seen in drug use and overdoses. We also plan to get mobile, and expand our satellite distribution services farther north in the county in more rural areas. To be successful, we will continue to and expand engagement with our community partners to better reach those who need services, and make the most of our community resources. This includes other MAT providers, homeless service providers, and other providers and pharmacies of HIV and HCV prevention medications (PrEP and PEP).

This includes expanding access to community members with higher rates of overdose and new HIV/HCV infections. For example, we have begun collaborating with Native American communities, working with key leaders in the community and making meaningful connections. We were invited to be part of a harm reduction collaboration for Tribal communities. We continue to expand our engagement with youth, including developing working partnerships with Positive Images and LGBTQ Connections.

We have also provided guidance to Any Positive Change on Peer to Peer satellite services in Lake County. We continue to provide support to developing and expanding Lake County SSP and overdose prevention programs.

We continue to provide linkages to PrEP, and starting in 2021 will be offering bilingual PrEP Navigation services. As always, we are available to link people to PrEP medication with local medical providers. In 2021, we will begin providing telehealth services on site, meaning anyone who is interested in PrEP can get a prescription right away. In this way we will be a “one stop shop” – you can come in for sterile injection equipment, get an HIV test, and be linked to PrEP, all in a single day.

(3) the changing geographic distribution of overdose deaths involving synthetic opioids, with the largest percentage increases occurring in states in the western United States;

(5) recommendations for communities when responding to the evolving overdose crisis. 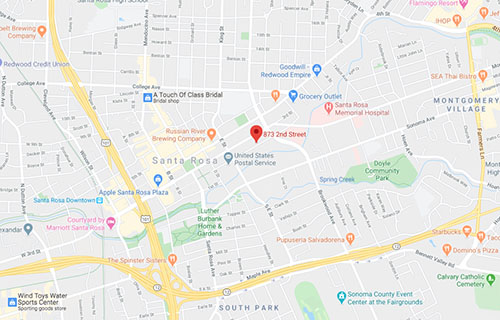 !-- Activity name for this tag: Face to Face_Daily Visits -->